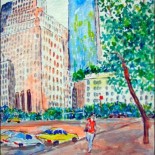 “Instructions Not Included” finds success beyond the Hispanic community 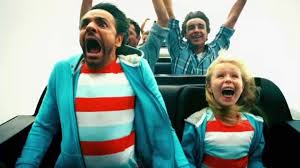 “Something touching but with comedy and a lot of heart” is what Eugenio Derbez said he wanted for his new Spanish-speaking film, “Instructions Not Included.”

That is precisely what he got. And apparently American audiences loved it because the film is now the “top-grossing Spanish-language film of all time in the North American box office ” according to Fox News Latino. In only five weeks the film collected $38.6 million and surpassed “Pan’s Labyrinth” as record-holder.

So how did a Spanish-language film that was produced and directed by Eugenio Derbez, an exceptionally successful comedian in Mexico, become so successful to a general audience?

Part of the reason is because Derbez, who also acted in the film, spoke volumes to the growing Hispanic community in the US with its distinctive brand of Spanish comedy, which may have proven to be unfamiliar to the English-speaking audience.

Hispanic humor is often based on stereotypes and pain with a lot of sarcasm and the plotline definitely set the stage for that humor: Derbez’s character, Valentin, is a playboy in Acapulco who is forced to move to Los Angeles to find his daughter’s mother who distastefully abandoned her daughter at his doorstop, and later becomes a stuntman.

So it is not surprising that critic Lisa Minzey said the humor did not translate smoothly, explaining some of the jokes were offensive, and the physical comedy was painful to watch.

Theoretically, a film so personal to the Hispanic community would solidify a barrier between two different cultures. In fact, according to the Los Angeles Times, Pantelion Films has released several movies targeted at the “Spanish-dominant bilingual audience” in the United States, including “Girl in Progress” and “Casa de mi Padre.” But they did not reach expectations.

However, “Instructions” proved to be hugely successful for the nation’s general audience.

The reason is because the film manages to smoothly transition from those comedic scenes to more touching ones about the tender love story between a father and his daughter — a concept that translates to any language.

Thus the “heart” of the film is Valentin’s unconditional love for his biracial daughter, Maggie.

Most movies that take on a parent-child story line generally focus on the parent’s development as a character and their interests and love for the child. In “Big Daddy,” arguably “Instructions” American equivalent, Sunny Colfax fights for the custody of his temporary son, but only after he has grown as a character and become attached to the child.

Derbez assures that the focus of the film was his rambunctious and charming 7-year-old. Although Valentin’s personal conflicts drive much of the plot line, his actions are always centered on Maggie’s absolute happiness and well-being. Viewers fall in love in with Maggie and later with Valentin, whose genuine and selfless paternal devotion may not have been apparent in the comical beginning of the film but it pushed through at full force in the film’s unexpected ending.

“Instructions” is indeed a powerful combination that speaks to both the Spanish- and English-speaking communities with themes that both can appreciate.

This entry was posted on September 25, 2013 by The Cultural Columnist.